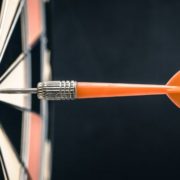 Greatness is hard to define and even harder to attain.

Still, we know greatness when we see it. Sometimes, it’s a brilliant new gadget. Or maybe it’s a book that rises above the rest. A football star like Tom Brady, even at 39, is great because of who he is and his accomplishments.

When a company stands out, you know because there are certain traits and attributes you can identify, sometimes just by paying closer attention. They are widespread and hard to ignore, You can look for these signs by listening closely to what people say in a meeting or when they banter in the cafeteria or after work.

Here are the signs, in order of importance leading up to the most critical attribute:

1. Everyone is having fun

This is the ultimate entry-point for greatness. It starts here. It’s just fun to be around companies where everyone knows how to do all of the other things on my list below. You want to be there. You feel encouraged and motivated. It’s a great place to hang out, even after work or on weekends. Fun radiates out of the place, and it is that allure that attracts even more talented employees one after the other. Without a sense of fun and creativity, forget ever achieving any level of greatness. To be great, you have to be a beacon.

2. No one is pedantic

Why am I using such a specific word here? How is it related to great companies? For 26 years, I’ve been involved in multiple organizations and volunteered at many different entities both small and large, and the one thing that seems to kill all progress and creativity is a lack of respect. The sure sign that respect is not common in a company culture is when everyone acts like they know everything. Sure, the mantra “be curious” is important. You can’t be curious and pedantic at the same time. When the company is filled with people who want to learn new things, it becomes a great place.

Empathy is an ability to see another point-of-view. When everyone seems to have that ability, look out–that company is going to excel. It’s going to blow the roof off, in fact. We all need each other to help us grow, and empathy is an engine for that. I’m going to help you, you’re going to help me–that’s called teamwork. Sadly, empathy is not that common. Tied closely with that sense of pride and a know-it-all-attitude is a closed mentality that is more about self advancement. I’ve visited hundreds and hundreds of companies, and the one trait that seems to stick out when there’s a bad one is when everyone is trying to advance their own career. Empathy is in short supply, and so is greatness.

4. Expectations are crystal clear to everyone

Years ago, I had a boss who never bothered to explain what we were doing or why. Then, he became critical when we didn’t do what he wanted. Huh? Every employee was shooting in the dark with a pop gun. We didn’t know where to aim, when to shoot, or why we were even in the room. As humans, we all want to know why–what’s the vision here? Where are we even going? Why are we doing these things? If that’s crystal clear, then it creates a great company because the entire organization becomes unified. Even more importantly, the goals are clear to everyone involved. It’s not a well-kept secret.

What happens when employees miss their goals? What if you know where you’re going as an organization but you don’t quite end up getting there in the end? This is where grace is important. I’m convinced that showing grace instead of a demeaning, belittling attitude is what makes a company even greater. I’ll say it’s even more important than having fun. Why is that? Because grace is a license to fail, and being free to try new things and fail at times is what makes people work hard and want to stick around. A culture of criticism kills momentum. A culture of grace, encouragement, understanding, and excitement will turn any organization into a giant.

“I never know what I’m doing” is a tough predicament for any employee. Employees feel anxious and awkward. You have to set expectations about the why. However, even more important as a starting point for greatness is the idea of role definition. Employee need to feel empowered, and that’s where clear roles come into play. A role is a reason. It’s a way to define why that employee is even at the company and the scope of their involvement. You can’t make expectations until you have informed the employee about how much power he or she can wield. Then, set them loose. Greatness will happen.

7. Everyone sees and rewards hard work

I’ve been involved with companies that really know how to recognize employees. On Slack, they’re praising each other all day–in a real way that shows true pride in the accomplishments of others. We communicated! We discussed! We resolved! It’s a team exercise writ large (and in digital form), one that involves frequent pats on the back when there’s a milestone. It’s crazy to think some companies don’t do this. They only acknowledge hard work in rare instances. Most of the time, they are treating employees like cattle that need to be herded–and kicked if they get out of line.

8. Every employee is happy

Here’s a great way to define happiness at work: An employee is happy when they are perfectly suited to their role. They are challenged enough, placed into the proper department, encouraged constantly to achieve great things, and know their expectations. A happy group of employees creates a dynamic environment. An unhappy group causes constant conflict and stress, which makes the company sink like a stone.

9. Mentoring is more important than performance

You know, most of us will figure it out and do great work. Beaten into submission by an angry boss won’t work. Mentoring will. I wanted to list this one as the most important attribute of a great company, but it does fall into second place. (Only a great leader can mentor effectively, so that has to be number one.) Yet, it’s so critical. It’s a way to hand down tacit knowledge. Great companies know how to do that. Great employees know how to mentor one another. They are highly motivated to train others because they know that’s what creates greatness. In fact, that’s really the definition to remember: A great company is one where the most important knowledge is handed down from one employee to the next in a way that’s built on the foundation of individual relationships.

I’ve written about this before, but behind every great company there is a great leader. Call it the trickle-down effect of management. Someone at the top practices all of the attributes listed above and demonstrates what it means to show empathy, recognize hard work, and promote mentoring. Greatness happens. A great leader has an attitude that generates enthusiasm and happiness among the staff. It’s contagious.

More From The Blog